Dogs are NOT dolls!

Edit: The more I look at that bloody kotex, the more I feel like whacking her upside down.

What does she think she is doing?

To satisfy her own penchant for vanity, she’s turning Poodles into circus freaks! 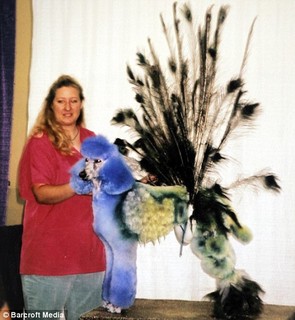 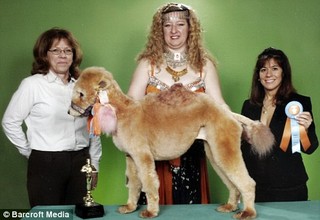 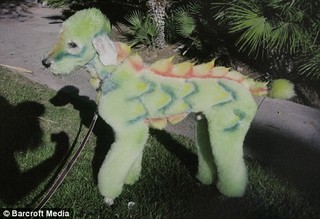 GROSS!
She should have gotten herself a

This entry was posted in Uncategorized and tagged creative, dog, freak, groomer, poodle.

I was cleaning my room today when I found a piece of pink paper, neatly folded into a square. There was something bulky inside. I held my breathe, as I unwrapped the paper eagerly, like a child receiving his very first present.
What greeted me were two elongated shaped thingy covered with greenish stuff on it. For a while, I could hardly recognize what it was. As I tried to make out the scribblings on the pink paper, memories started flooding in my mind.

It was the teeth of Ah Gal, the poodle whom I picked up from the streets four years ago. You can refer to her story at the link below. I still remember that I was in my room when a mournful howl broke the silence of the night.

I immediately sprinted to the kitchen and was aghast to see blood dripping from the sides of Ah Gal’s mouth and all over the kitchen floor!

My knees turned weak having seen all that blood!

I promptly picked her up and proceeded to wipe the blood from her mouth with toilet paper. After clearing up the mess, I could see she was bleeding from the gums.

I deduced that Dexter must have tried to be cheeky to Ah Gal and she had snapped back at him in defense. Somehow, her teeth were knocked out during the process hence, the unfortunate incident…

I had found these two teeth among the puddle of blood and have kept them for memories sake till now, which had somehow turned green but otherwise still in very good condition.

Ain’t she lovely? Who would have the heart to abandon her?
Ah Gal has been rehomed since four years ago and sometimes, I do wonder how she is getting on now? She is about 11 years old this year and I do not know whether she is still alive or not as I have not kept in touch with her adopters.

I guess ‘Fate’ is really a mysterious thing that brought her into my life.

For the full story on Ah Gal, click here.