The Money No Enough II Getai came to my neighborhood yesterday and I followed my parents to watch it. I can’t understand hokkien very well but I still went anyway just to immerse myself in the getai mood as it only comes once a year.

When we reached there, the getai, hosted by Wang Lei, was already teeming with people who were there early to chop a seat before the show even started.

Initially, I had quite a good vantage point, with a birds’ eye view of the whole stage.

However, my view was later obscured when three aunties decided to sit in front me.

I assumed they were sisters because they had the same big hair. Same size same pattern some more.

I was annoyed with their hair (and I secretly wished they would kenna kutus) but it was still bearable because I could still catch glimpses of what’s going on on stage.

(Their big hair actually reminded me of Afro Ken…)

Unfortunately, it soon started to drizzle and the coco nathans at the front decided to open their umbrellas, obstructing our views totally…

Now even the three sisters’ views were blocked by the umbrellas so their head started bobbing up, down, left, right trying to find a ‘hole’ where they could peep through. At this point of time, I wish I could set fire to their hair…

I was muttering away under my breath, swearing at all these ‘un-automatic’ people.

It was people-mountain-people-sea and all the better spots have already been taken up by other people.

I was bored to tears because I can’t see anything and I couldn’t understand what they were talking about either! There were actually more talking than singing between Wang Lei and the singers. The people around me was getting restless because they started talking among themselves, almost drowning the sounds from the getai.

END_OF_DOCUMENT_TOKEN_TO_BE_REPLACED

An Award for Dead Cockroach

I was reading mylongkang‘s blog about him receiving an award and how he was giving out the very same award to other deserving blogs when I noticed my name among the list of recipients.

It’s flattering to know that someone thinks so highly of my blog and appreciates the things I write. Afterall, I do put effort into every single post I write. I guess it’s a good boost to any blogger’s morale!

As promised, I have now placed this award on my blog and in keeping with the tradition of this award, I will now nominate seven blogs that I sincerely feel deserve it as well.

By the way, I read lots of great blogs out there and it was not easy to present this to only seven of them.

The next recipients of this award are:

(Ok, I could only think of 4 names at the moment but I’ll fill up the list soon)

Now, for those who receive this award, there’s a little “reciprocal” rules that you must do. I didn’t make this rules, so it’s up to you to make a link back to me or not.

The award may be displayed on a winner’s blog. Add a link to the person who you received the award from.

Nominate up to seven other blogs. Then add their links to your blog.

Add a message to each person that you have passed the award on to in the comments section of their blog.

This entry was posted in Uncategorized and tagged award, blog.

In this joyous day of great celebration…

let me wish everyone a… 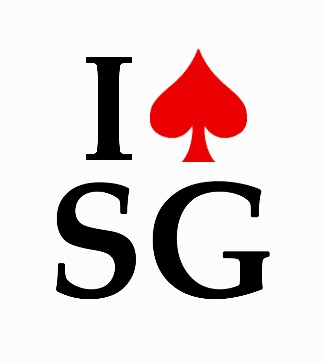 The Opening Ceremony of the Olympic Games could be wrap up in a few words: Magnificent, Breath-taking and Enthralling!

It’s amazing how a few thousand years of ancient China history could be presented on a giant scroll where everything just unfolds from it naturally.

I was glued to the television, awed by the sheer number of performers and spectacular performance. The performance eventually ended in a splendid fanfare of fireworks which lit up the skies of Beijing!

The next anticipated segment of the opening ceremony was the walking-in of the athletes. One gripe I had was why aren’t the athletes arranged to march into the stadium alphabetically according to their countries? After a long wait, it was finally the Singapore Team‘s turn to march into the stadium.What should have been a proud moment changed into an embarrassment instead when our national flag was being dragged across the ground like a dirty rag by the flag bearer, Li Jia Wei. It didn’t help that this scene was being broadcasted ‘live’ worldwide. 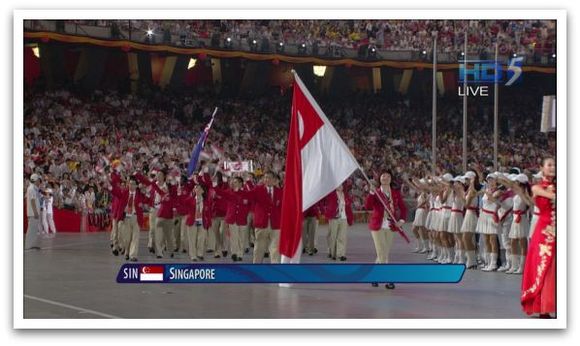 She has since come under fire from many patriotic netizens at the HWZ but who could blame them? This national disgrace just had to happen on the very eve of Singapore‘s 43rd Birthday!

Apparently, Li Jia Wei didn’t seemed too pleased that night which is a little strange because she volunteered to be the flag bearer in the first place!

Compare her smelly face above with Miss Nippon below… 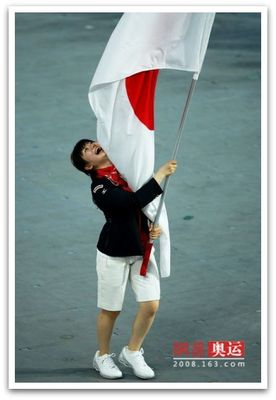 We don’t think Miss Nippon is much taller than Li Jia Wei yet she is still able to hoist the Nippon flag off the ground AND be proud of it!

I happened to read this piece of embarrasing news from the Zaobao website.

A Singaporean tour group, where some of its’ members were Buddhists, were mistakenly served beef in a restaurant at Tibet. One of the tourists, an elderly man in his 60s, flew into a rage and overturned the dish on the table. He demanded the waitress to compensate him 100 RMB for each of the three pieces of meat that he has eaten.

One of his fellow tour mates suggested donating the sum of money to charity but he refused, claiming that he rightfully ‘deserves’ the money. He even taunted the waitress by saying, “If I had eaten five pieces, you would have to pay me 500 RMB.”

I am utterly ashamed of him picking on the poor waitress. The restaurant may have been at fault for serving the wrong dish but surely it does not justify to extort the waitress of her wages?

How different is he from a ruffian? He is downright unreasonable!

As the saying goes, “ 酒肉穿肠过，佛祖心中坐 ”

Given the circumstances, I’m sure Buddha will forgive his sins if he has eaten the beef unknowingly but if he is really the devout Buddhist as he portrays himself to be, he should have been a total vegan instead. Why even eat meat at all?

I really cannot fathom how does being 300 RMB richer help cleanse his ‘tainted’ soul?

The tour guide was so disgusted by the incident that he wrote about it in his blog (link). This uncle has thrown us Singaporeans into very bad light!

Corporal punishment may not neccesarily be bad

I’m referring to this link on STOMP.

When I was in Primary Four, I was made to slap myself ten times in front of the whole class by my English teacher just because I couldn’t differentiate ‘GLASS’ from ‘GRASS’.

Needless to say, my self esteem was extremely hurt and I felt so miserable I almost cried out of shame.

I don’t blame my English teacher for it but the slapping incident actually drove me to strive better because I promised myself not to let the incident happen again.

I began reading more books and the newspapers to improve on my grammar and vocabulary until one day, my English teacher waved my exercise book excitedly in the air and announced to the whole class that I’ve gotten the highest marks for my composition!

(I still remembered one sentence in my compo which bowled over my English teacher was this: “it must be the doing of the sea serpent…” )

At that instance, I knew I have won back my pride and dignity. From then on, English became one of my better subjects in school which I continued to do well in even after I went on to secondary school.

Hence, I feel corporal punishment may not neccesarily be a bad thing. In fact, it helped me to overcome my poor command of the language.

Like the proverb says, “What does not kill you, makes you stronger!“

This entry was posted in Uncategorized and tagged corporal punishment, english, language, stomp.

Go ahead, waste your food…

Now that I have gotten your attention, I hope you could give this some serious thoughts.

How many of us here, are not guilty of wasting food at some point of our lives?

Situations like cake-smashing during birthday celebrations, unable to finish food at buffets, or even some stupid TV game shows where they drop foodstuffs on people totally irked me out!

I can never fathom how anyone could guiltlessly send precious food to the bin when there are actually people dying of starvation at the other end of the world?

Please have your cake and eat it too! Cakes are meant for eating and not smashing into peoples’ faces! During buffets, take just enough food for yourself. Go for second rounds if you’re still hungry but don’t chew more than what you can bite!

As Michael Jackson stressed in his song “Heal The World“,

The next time you gonna waste food again, do spare a thought for these people…