what does your candy heart say?


What Does Your Candy Heart Say?

which care bear are you? 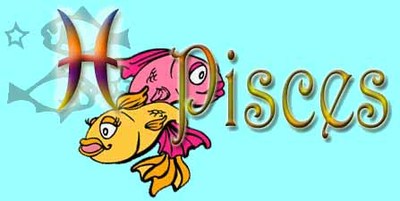 Escapist and idealistic
Secretive and vague
Weak-willed and easily led

Pisceans possess a gentle, patient, malleable nature. They have many generous qualities and are friendly, good-natured, kind and compassionate, sensitive to the feelings of those around them, and respond with the utmost sympathy and tact to any suffering they encounter. They are deservedly popular with all kinds of people, partly because their easygoing, affectionate, submissive natures offer no threat or challenge to stronger and more exuberant characters. They accept the people around them and the circumstances in which they find themselves rather than trying to adapt them to suit themselves, and they patiently wait for problems to sort themselves out rather than take the initiative in solving them. They are more readily concerned with the problems of others than with their own.

Their natures tend to be too otherworldly for the practical purposes of living in this world as it is. They sometimes exist emotionally rather than rationally, instinctively more than intellectually (depending on how they are expected). They longed to be recognized as greatly creative. They also dislike disciple and confinement. The nine-to-five life is not for them. Any rebellion they make against convention is personal, however, as they often times do not have the energy or motivation to battle against the Establishment.

Pisceans tend to withdraw into a dream world where their qualities can bring mental satisfaction and sometimes, fame and financial reward for they are extremely gifted artistically. They are also versatile and intuitive, have quick understanding, observe and listen well, and are receptive to new ideas and atmospheres. All these factors can combine to produce remarkable creativity in literature, music and art. They may count among their gifts mediumistic qualities which can give them a feeling that their best work comes from outside themselves, “Whispered beyond the misted curtains, screening this world from that.” Even when they cannot express themselves creatively they have a greater than average instinct for, and love of, beauty in art and nature, a catlike appreciation of luxury and pleasure, and a yearning for new sensations and travel to remote, exotic places.

They are never egotistical in their personal relationships and give more than they ask from their friends. They are sexually delicate, in the extreme almost asexual, and most Pisceans would want a relationship in which the partner’s mind and spirit rather than the body resonated with their own. Unfortunately they can be easily misled by a lover who courts them delicately and in marriage makes them unhappy by a coarser sexuality than they expected. They are nevertheless intensely loyal and home loving and will remain faithful.

In their employment they are better working either by themselves or in subordinate positions. Their talents are individual in a commercial business or similar undertaking. They would be afraid to manage more than a small department, worrying always that they would fail in a crisis. They can make fair secretaries and bookkeepers. Their sympathy equips them for work in charities catering for the needy, as nurses looking after the sick and as veterinary surgeons caring for animals. As librarians or astronomers they can satisfy their mental wanderlust, and their fondness for “faraway places with strange-sounding names” may turn them into sailors or travelers. Many architects and lawyers are Pisceans, and when the creative abilities are combined with gifts of imitation and the ability to enter into the feelings of others, Pisceans find their fulfillment on the stage.

Their psychic and spiritual qualities can lead them into careers in the church or as mediums and mystics. They may find an outlet for their creativity as caterers, and are said to make good detectives because they can imagine themselves in the place of criminals and understand how their minds would work. In technical occupations they are well employed in dealing with anesthetics, fluids, gases and plastics. Because of their lively versatility and inability to concentrate overmuch on any one project, Pisceans often simultaneously follow more than one occupation.

Pisces governs the feet, liver and lymphatic, and its subjects can be threatened by anemia, boils, ulcers and other skin diseases, especially inflammation of the eyelids, gout, inflammation, heavy periods and foot disorders and lameness.

Your propensity for monogamy is low.
You see love as a gift that you should give to many.
It’s hard for you to imagine being with one person at at time…
Let alone one person for the rest of your life!

Your experience level is medium.
You probably have had a couple significant loves.
And you may have even had your heart broken.
But you haven’t really dated a wide variety of people.

Your dominance is low.
This doesn’t mean you’re a doormat, just balanced.
You know a relationship is not about getting your way.
And you love to give your sweetie a lot of freedom.

Your cynicism is low.
You are an eternal optimist when it comes to love and romance.
No matter how many times you’ve been hurt – you’re never bitter.
You believe in one true love, your perfect soulmate.
And if you haven’t found true love yet, you know you will soon.

Your independence is high.
You don’t need to be in love, and sometimes you don’t even want love.
Having your own life is very important for you…
Even more important than having a relationship.

How Scary Are You?

How Scary Are You?

What Animal Were You In a Past Life?

What Animal Were You In a Past Life?

What Type of Writer Should You Be?

What Type of Writer Should You Be?

What is your nutritional value?

What Breed of Hamster Are You?

You are a Teddy Bear Hamster!

What Breed of Hamster Are You?
brought to you by Quizilla
?