Haven’t cooked dinner in a while. Finally made something that’s easy to prepare and fast to cook.

This entry was posted in Uncategorized and tagged cooking, dinner, soup.

It’s been quite some time since I last cook, so presenting… 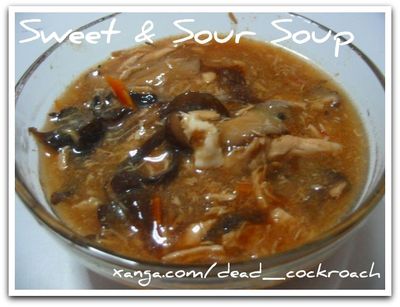 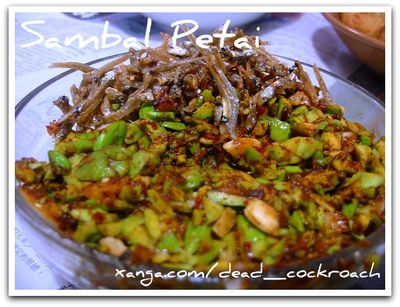 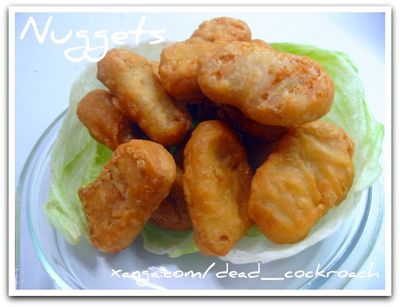 What did you had for dinner yesterday?

We had a pre-Marlers’ Lay celebration over at IMM‘s Bali Thai.

There was quite a queue but we were able to get a table almost immediately as we have made reservations.

I like the ethnic ambiance with it’s tasteful artifacts that reflects the unique fusion of Indonesian and Thai culture but one thing I dislike was the human traffic moving about behind me. As we were seated at the second table from the entrance, my seat was constantly being knocked into by the people moving in and out of the restaurant.

Quite annoying if you ask me.

Sorry, no pictures as all the photos turned out blurry due to the low light ambiance.

Taste wise, the Thai Mango Papaya Salad was my favorite dish of the night. It was very sour but also very appetizing however, I hate the hay-bee at the bottom.

Their house specialty, the Telor Tahu won praises from everyone but I find it rather oily although the peanut sauce that comes with it was quite delightful.

The Tom Yum Soup was spicy and sour enough but the ingredients are not very much to my liking. I think I could have come up with the same using Knorr cubes.

The Grilled Squid on the other hand was abit tough and tasted like bah-kwa while the Chilli Brinjal which came only after we’d finished our meal was disappointing. The chili was delightful on it’s own but somehow, the flavor didn’t seem to have infuse into the brinjal.

In fact, the brinjal tasted quite bland even though it was buried under a generous amount of the chili.

Overall, I find the food so-so but still, quite a decent place to have a meal once in a while.

On this fateful day, I decided to satisfy my craving for Korean food at a small Korean eatery located inside one of Singapore‘s oldest shopping centre.

It’s a simple eatery with no elaborate furnishings but it exudes a very homely feel just like those family-runned eateries you see everywhere in Korea where a Ajuma was busy taking orders and attending to the customers. 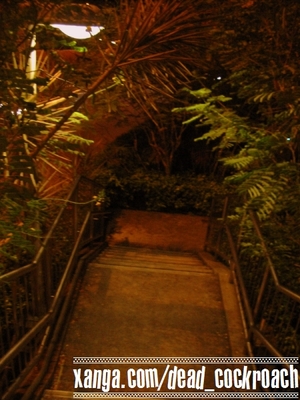 Can you guess where this shopping centre is? 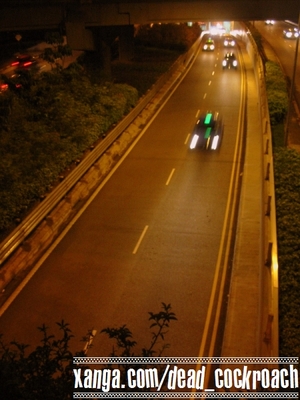 As I was taking this picture, a naughty thought came to mind. I was thinking, what if, I started flashing my camera on the overhead bridge? Will I scare the living daylights out of the drivers, thinking that they have been caught on camera by the traffic police?

But it’s only a thought, lah! 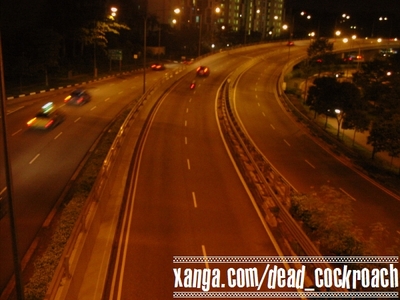 I was full of anticipation to taste some authentic Korean cuisine since my trip to Seoul years ago but alas, the food was a BIG disappointment so, I might as well not reveal the location. 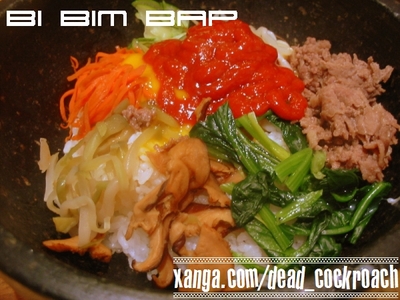 When my Bi Bim Bap was bought to the table, my anticipation instantly dropped to rock-bottom. Just take a look and you’ll get what I mean. The portion was so pathetic!

I’ve tried Bi Bim Bap from many places and all those I’ve tried, the ingredients are fully filled up side by side. In other words, the rice beneath should be totally covered up by the ingredients but look at mine, there are ‘potholes’ everywhere!

I can only console myself that what it lacks in quantity, it might as well make up for it in quality (taste). As long the taste is good, then I could still close one eye for the bad presentation but unfortunately, the taste is even worst than those found in the food court.

But, here is my main complaint: This lousy standard Bi Bim Bap is priced at a unbelievable $7+ yet it doesn’t even comes with Fried Anchovies and Seaweed Soup!

YES! A bowl of rice with some limpy and yellowed vegetables for $7+!

Compare it with the Bi Bim Bap from Wikipedia below. 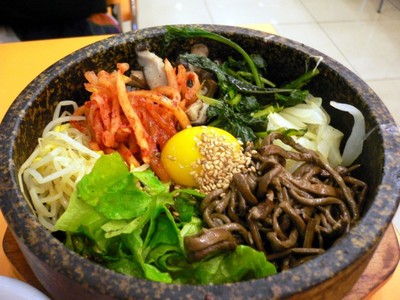 Which one looks more appealing to you? (Compare the level of the food to the brim of the bowl?)

By now, I could only pin all my hopes on the Samgyetang which I’ve been craving for ever since I last had it in Seoul but that hope, too was dashed… 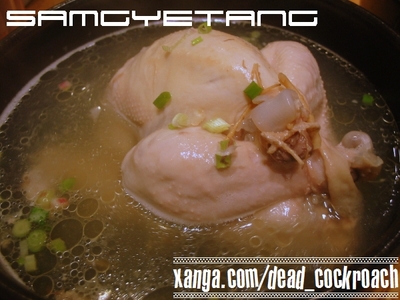 The soup was a total disaster! It’s so tasteless I’m practically drinking the water that’s used to wash the chicken. I can’t finish a small bowl of it even after adding salt and pepper. The whole bowl was pratically left untouched though it’s shared among three persons… 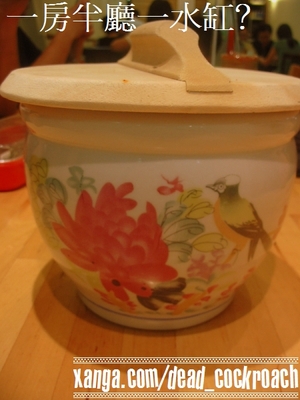 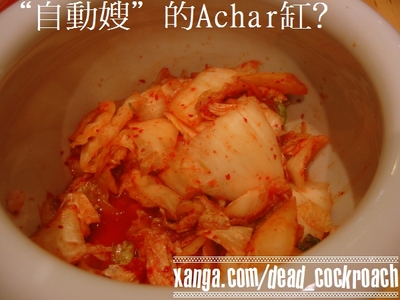 The Kimchi inside was as pale as, well, a cabbage. It looked this red only because I saturated the picture.

Achar tastes much better than this.

This is really a horrible Korean eatery which I won’t be stepping foot into ever again.

I guess I’ll just have to stick to the Korean stall at United Square foodcourt for now.

Had lunch with Mizu at House of Thai along Purvis Street today.

For starters, we had Mango Salad. It was very sour but nonetheless very appetising! There’s lemon juice, green mango, chili oil and shallots.

Then, we had Tom Yum Soup. Its not that spicy as I had thought and there’s only one piece not-so-fresh shrimp plus a few cuttlefish slices.

The main course is Stuffed Chicken Wing served with Pineapple Rice. The chicken is stuffed with minced chicken, carrots, water chestnut, etc… Taste is not bad but nothing exciting about it. The filing is similar to what you can find in a Dumpling.

The Pineapple Rice had bits of lup cheong and pineapple in it. On the whole, I would rate the food 5/10. Ambience 7/10. The price is very reasonable and the best part about it is there is no additional service charge!