(a continuation from my Malacca Trip Day One Part 4…)

Before returning to our rooms the previous night, we were told that the hotel breakfast buffet would be available from 7am onwards.

The first round (L to R) Beef Rendang, Mee Goreng and Hashbrown
The Beef Rendang and Mee Goreng were very appetizing but the Hashbrown was a little soaked up with oil though. How I wished I had taken more servings of the first two items!

Cute as a button.

Nice sambal but the rice was a little ‘rough’.

Come to think of it, the breakfast selection is quite ‘heavy’ due to the spices and coconut used.

Seems like I have eaten quite a lot but I had a bit of everything in moderation. I don’t have the habit to eat too full during long journeys as I’m afraid I can’t find a toilet in the middle of nowhere.

Anyway, our first itinerary for the second day was the Sam Po Kong Temple and the Hang Li Poh well. Well, we are going somewhere historical and that’s a good start for the day.

There were numerous versions regarding the existence of the Sam Po Kong Temple.

One of the versions I read was that in the olden days, many Chinese traders flocked to Malacca with dreams of making it big. However, some died in this foreign land before they could fulfill their dreams. Thus, Sam Po Kong Temple was built to take care of their graves at Bukit Cina, many of whom have no descendants to care for because their families did not travel with them.

Another version I heard was that this temple was built in dedication to Admiral Cheng Ho, whose other name was, you guessed it, Sam Po.

To most people, this is just an ordinary well but to me, there is a greater significant. As I mentioned before in my Pre Malacca Trip Thoughts, I loved history and I like to check up the history of a place before I visit so that I could better appreciate it.

Princess Hang Li Poh was married to the reigning Sultan Mansur Shah in
the mid 15th century for diplomatic ties between China and Malacca. The
well was then built at the foot of Bukit Cina – a Chinese settlement
given by the Sultan to the Princess as a gift.

In 1511, the Portuguese conquered Malacca and gained total control of the well, which was the city’s main source of water. In retaliation, Malay warriors filled the well with poison and many Portuguese who drank from it died.

In 1677, the Dutch conquered Malacca and enclosed the
well with a brick wall to maintain their rights over it. The well
was subsequently turned into a wishing well, a situation which
continues until today.

The brick wall built by the Dutch surrounding the well

After visiting the Sam Po Kong Temple and Hang Li Poh Well, it was time to board the coach for our next destination.
Where will we go next?

Find out more at my Malacca Trip Day Two Part 2!

A House Without A Family Is Not A Home

These few days, I feel really insecure to return to an empty house.

Sure, you get the peace and quiet when you have the house all to yourself but
the quietness really gets to you, especially in the night.

It has been three days since the parents flew out of town and I’m beginning to miss them already.

It’s times like this that makes me appreciate Mum’s naggings and Dad’s farts (the sound not the smell) the most.

I guess loneliness is really a scary thing because it makes one do weird things subconsciously?

I have had two weird dreams last night, one involving my Mum and the
other involving my paternal family home which has already been
demolished.

In the first dream, I dreamt that I walked out on my Mum (because she did something to embarrass me in public) and when I turned back to look for her, I just can’t find her anywhere anymore. She’s just vanished into thin air and I lost her forever.

I woke up from that dream feeling really awful and when I went back to sleep, the second dream started.

In the second dream, I was staying in my paternal family home with friends whom I’ve met during the different stages of my life. The events that unfolded in this dream was just plain illogical and hard to explain in words.

I guess the saying “what you think during the day, you’ll dream about it in the night” is true huh?

When my parents returned, I’m gonna give them a big hug and make sure they do not travel for the next ten years!

Anyway, this is my dinner today.

I left some mushrooms to cook in the slow cooker this morning and the mushroom and fatt choy turned out really nice and soft!

Braised Mushroom with vegetarian Curry Mutton
Looks unappetizing I know, but it tastes quite nice actually.

Be grateful that we still have food to eat.

Wait till you see this upsetting news that I saw on CNN today.

Be thankful for the food you had on your table…

(Please turn off the music player on the left below the ad)
If you have read my earlier entry (here), you would have known my stand against the wastage of food. I’m going to save my breathe on the JC girl who had milk poured over her head and cake smashed in her face all in the name of fun. Some elites indeed!

Take a look at the video above and be thankful for what you have on the table today.

*Thanks to Shirley for sharing this video.

This entry was posted in Uncategorized and tagged food, starvation, wastage.

Today, I accompanied my mum to Boon Lay Place Market as she’s been craving for their Hakka Lui Cha for the longest time. 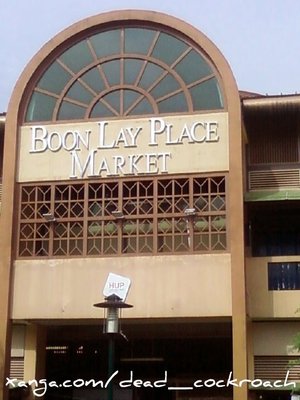 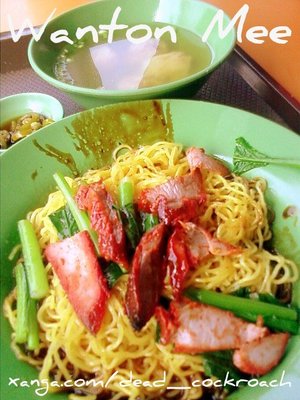 So-so Wanton Mee. I actually ordered from the salah stall! 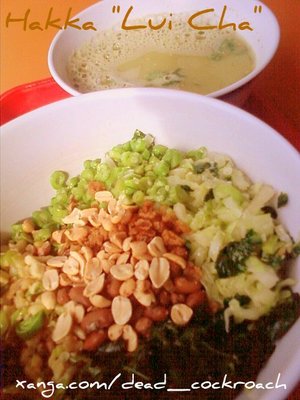 My mum’s favourite Hakka Lui Cha. What to do? She’s Hakka. 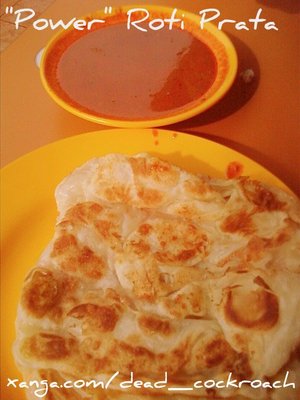 The Prata is soft and fluffy on the inside, yet crispy on the outside. Did I mention that the fish curry is damn power?

I can’t remember the unit number but it’s along the same row as the Hakka Lui Cha.

Be prepared to queue for up to ten minutes but when you sink your teeth into the Prata, you’ll know it’s all worth it!

Here’s the report of my field trip with my F330 and this is what I have to say:

The Evils of Rising Costs

I was at the coffeeshop this morning when I noticed that most of the tables had this blue colored bowl on it.

“Wah, the food must be damn solid!” I thought to myself hungrily.

So, I make my way towards the newly opened stall but when I stood in front of it, I was at a lost.

The boss asked me what I want to order but seriously, I didn’t know what I want because there is no signboard at all!

“Err…” I stammered nervously not knowing what to do.

It was then that I saw the boss tossing some meepok in the boiling water.

After five minutes or so, the auntie brought me my meepok and this is what I get… 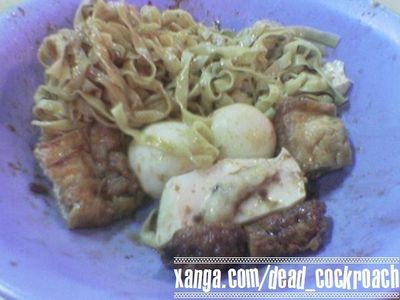 The exact amount served. I have’t taken a single bite yet…

A handful of meepok, half a taupok (cut into two), 1/3 of a tofu (with some fishpaste), 2 fishballs and 1 finger-sized ngor hiang (cut into two)…

Alhough $2.50 is the standard price for a bowl of noodles, but in my opinion, the one I had does not worth that much… Although they didn’t jack up their prices despite the price hike, but they shrink their portion drastically!

I felt so cheated!

I was baffled then why they still have so many customers despite their noodles being overpriced and the taste just mediocre?

Then slowly, it dawned upon me why…

The reason was simply because it was the only stall that’s opened for business!

I wonder how long their business can last!

Yesterday, I was at Bukit Merah to settle some paperwork with the HR Department. It’s been a long time since I came here. The last time I came was around 1997, when I frequent CMPB for my deferment and medical checkup prior NS.

I remembered the last time when I was here, there was a stall at the food centre selling “Wah Kueh.” The Wah Kueh was actually quite similar to the Chwee Kueh, except that it was bigger – about the size of a bowl. Unlike the Chwee Kueh, which was served with chai pok, Wah Kueh was eaten with black sauce doused all over it.

A Teocheow delicacy, it was made from a mixture of rice flour and water which was then poured into a bowl to mould the shape during steaming. I believed that was how the Wah Kueh first derived its’ name.

Not many younger generations know about it because this traditional dish is already dying out during my generation. In fact, it was at the Bukit Merah food centre where I had the chance to eat it for the first and last time. Before this, everything I know about this dish were heard from my parents.

At that time, I was still a infant when we were staying at Bukit Ho Swee. Everyday, an old man would come by horning on his bicycle and customers would go downstairs to buy his Wah Kueh.

Sad to say, we moved out of Bukit Ho Swee before I even had the opportunity to eat it.

When I went back yesterday, I searched the whole food centre but I couldn’t find the stall anymore.

Do you know anything else about this mysterious Wah Kueh? Do you know where has the stall shifted to?